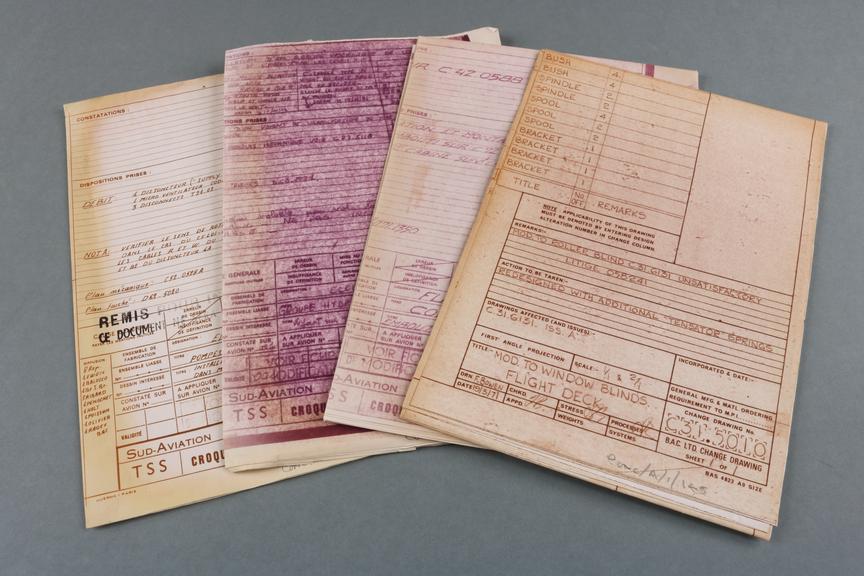 Concorde 002 was the first UK prototype of the Anglo-French aircraft, and its primary purpose was to serve as a test and development aircraft for the fleet of 16 Concordes that were to be built for British Airways and Air France. The archive contains select technical specifications of the aircraft, and comprehensively documents the 7 years of test flights between 1969 and 1976. It consists of c.500 plans, sets of information relating to aspects of the aircraft, BAC publications, notes of meetings, templates for forms and logs, and a small collection of colour photographs (details of aircraft parts).

copyright:
Copies may be supplied in accordance with current copyright legislation and Science Museum Group terms and conditions